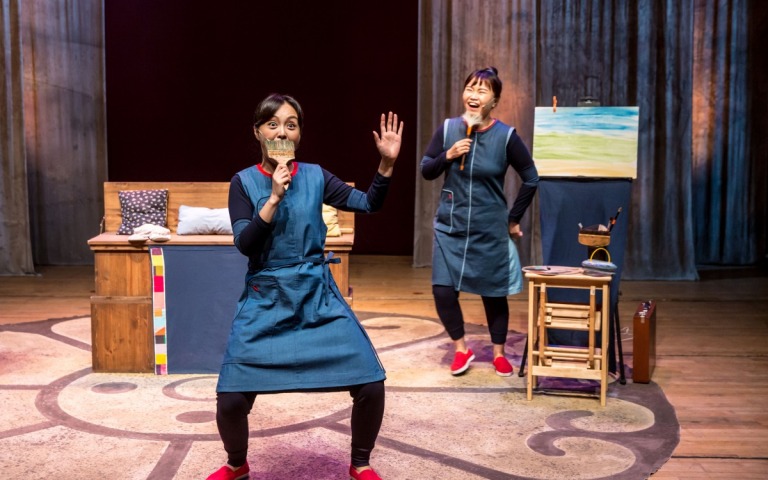 【Every object around us can be a toy
】”Princess Pyeonggang and Stupid Ondal” is originally a Korean folktale that tells the love story between a great general – once was a fool – and a great princess – once was a whiner.

Princess Pyeonggang, the daughter of the 25th King Pyeongwon in Goguryo, used to be a crybaby. In order for her to stop crying, the king kept telling her that she would get married with Ondal, who was widely known for his foolishness in the country.

In a town adjacent to the castle, there lived Ondal scratching a living and taking care of his blind mother. People called him stupid or foolish because he always smiled even though anyone would do harm to him.

Grown up, the princess insisted that she should get married with Ondal as promised with her father. The king was so furious about it, but he could not change her decision at all. She went out of the castle and found Ondal.

She did her best to carefully nurture his talent, and trained him armed with intelligence and leadership. Recognizing Ondal’s excellence and outstanding competence, the king dubbed Ondal a general. With the King’s permission, Princess Pyeonggang and General Ondal finally came to get married.

General Ondal kept his name as a great general though his leadership in a number of wars. One day, however, he got shot and dead. His body was put into the coffin, but no one could move it. As Princess Pyeonggang arrived to see the coffin, it started moving and back to his home, Goguryo.

A video recording of the work will be shown at the venue. After the screening, there will be an after-talk session with the performers, director, and other company personnel overseas via a live broadcast.